the museum of contemporary art australia

i was in sydney for the opening of the expansion of the museum of contemporary art.   located on circular quay, the museum occupies an imposing art deco (former government) building in the very heart of the city.  the new 50,000 square foot, five-story addition was designed by sam marshall, an architect from sydney and built at a cost of $53 million. 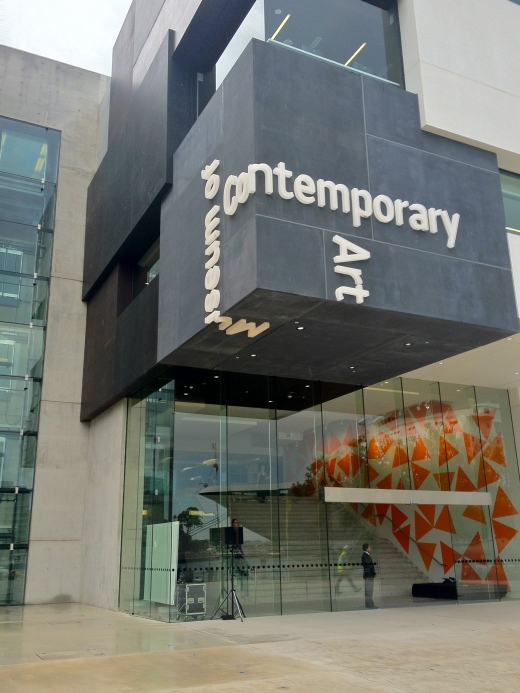 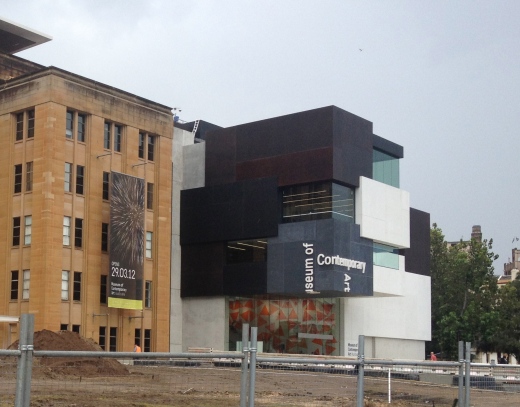 and extend out from (what used to seem like the back) of the historic building, creating street level “storefront,” more exhibition space and an entry on the george street side of the building. 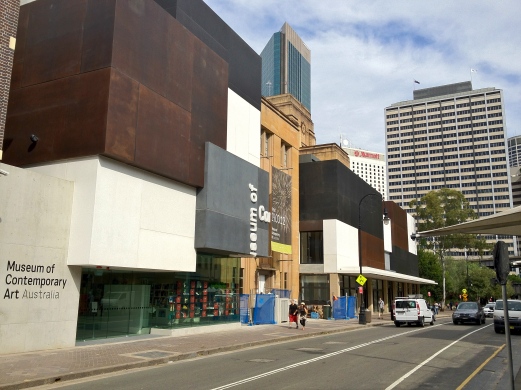 one of the great successes of the new building are “main” entries on both the harbor side (the first two images) and the george street (the image immediately above) sides of the building.  the interior space between the two entries functions both as the entry point to the exhibition spaces and a public corridor between the harbor and historic george street.  a very nice bit of urban design.

beautiful new exhibition space, state-of-the-art educational facilities and a rooftop cafe (offering some of the best harbor views in sydney) are also laudable.

my only complaint – it’s relatively minor – but a pet peeve – is the overly-exuberant ceiling in the internal entry corridor.  no museum can resist placing art in their public spaces.   they shouldn’t.   it’s after all, the reason for the building.   i’m also a strong believer that art should permeate life rather than being relegated to galleries.     but the art in a museum should not have to compete with the design of the museum.   and this detail is heavy-handed. 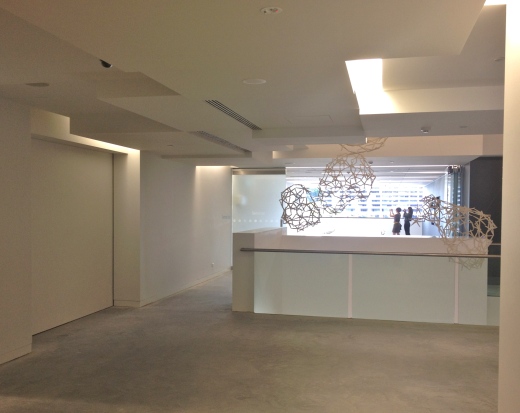 a case in point, maria fernanda cardosa’s beautiful sculptures made of sea star skeletons  float in a two-story space (and have trouble competing with it)… 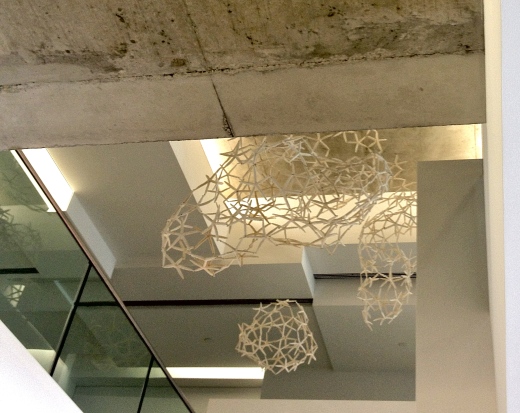 that aside, this is a great art viewing venue.    check it out.

One thought on “the museum of contemporary art australia”